Congratulations dear CEO, your app is up-to-date! In this article, we’ll present the new features that come along with this version.

Pay your tax in several installments

A new accountant is at CEOs’ disposal. Thanks to him, it is now possible to pay one’s weekly tax in several installments: on Mondays, Wednesdays and Fridays!

To do so, you just have to unlock the new accountant in the SPEAD TAX research in the 4th level of the General R&D. 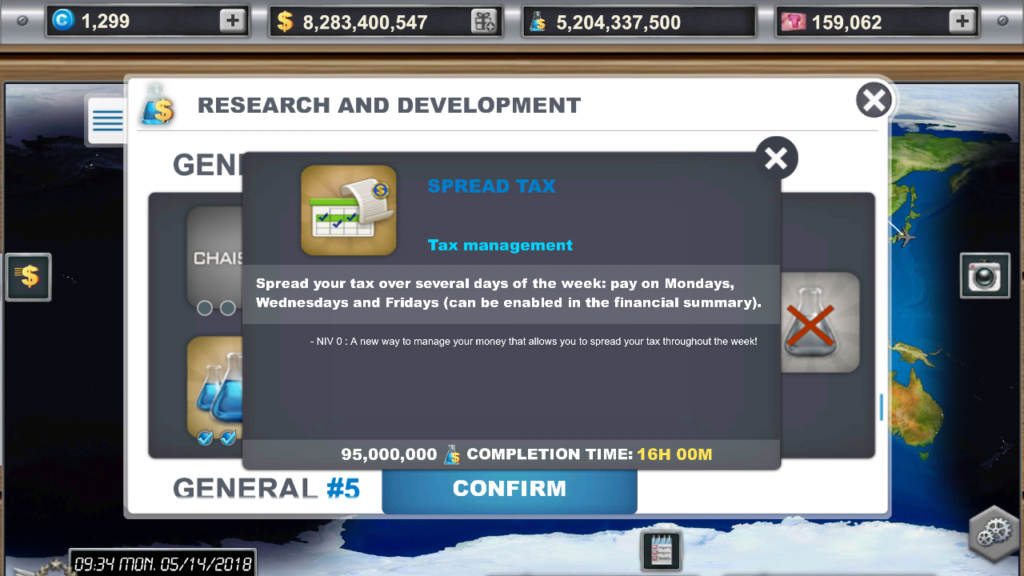 End of Tycoon mode, what happens next?

A major change has been made on Airlines Manager’s Tycoon mode. The airline reset initially planned at the end of the Tycoon season was revoked!

A new season system that will provide more challenge and competition between all CEOs: new ranking system, rewards… Enough to bring out your competitive spirit! 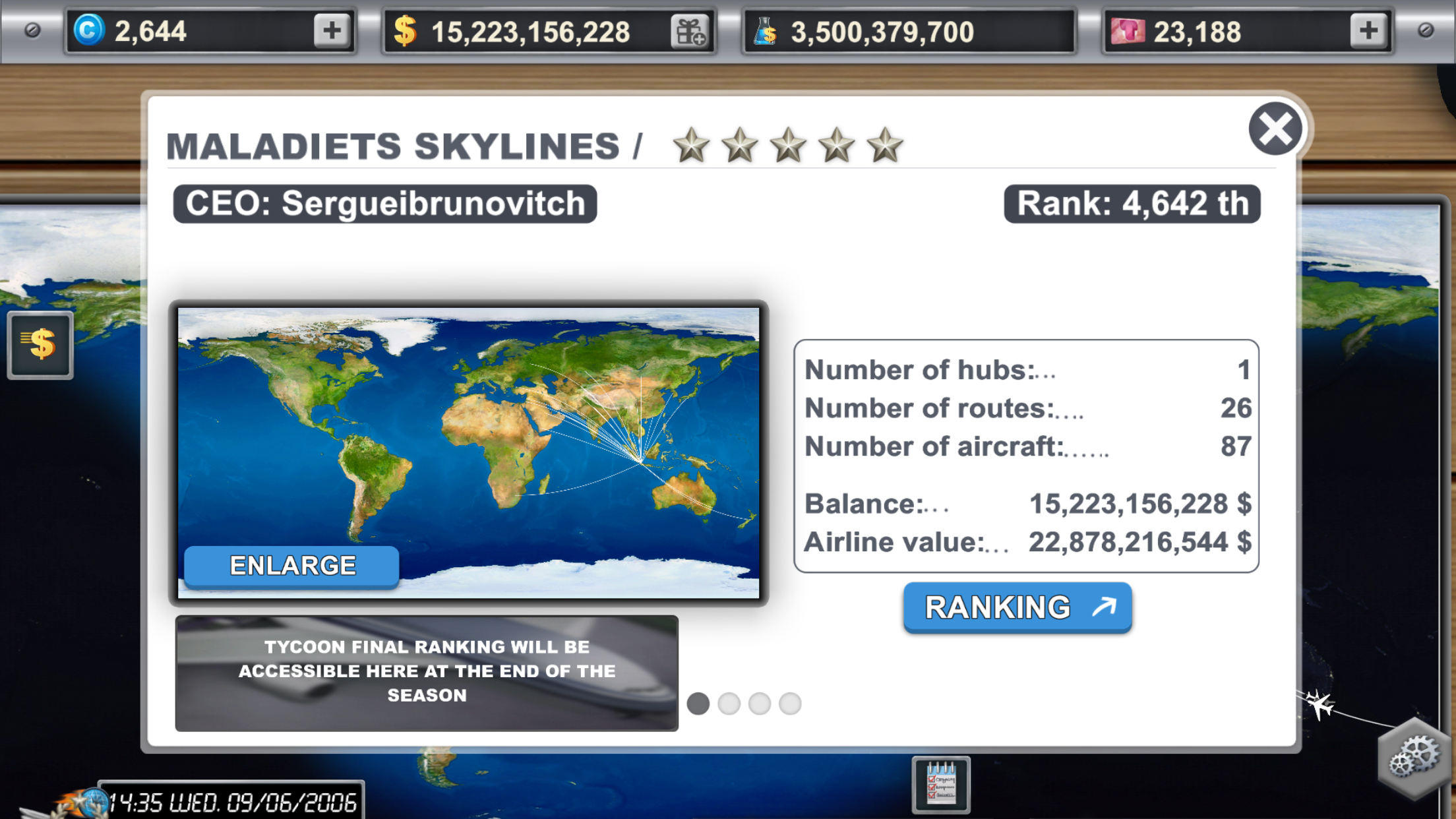 To make reading and route/hub purchase easier, colored borders have been added to hub boxes.

Each color represents the traffic category of the route/hub:

Please note that if you have not performed any audit on your route/hub, the box will remain grey. 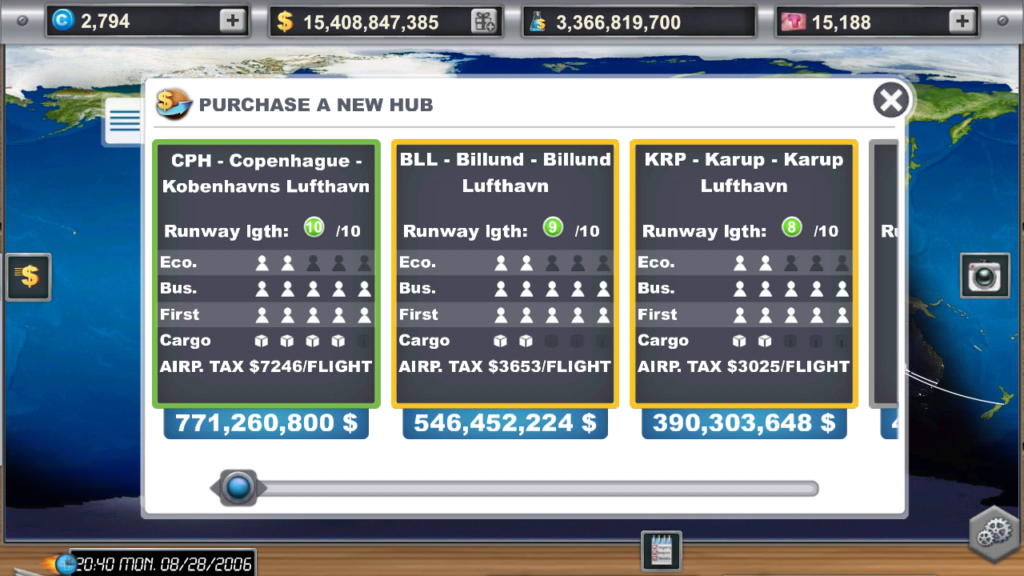 Those changes are only visual modifications, all demand data remains unchanged.

New players and players who made a reset of their airline can discover a modernized and freshened up start tutorial, with rearranged missions, for a smoother and faster game start. 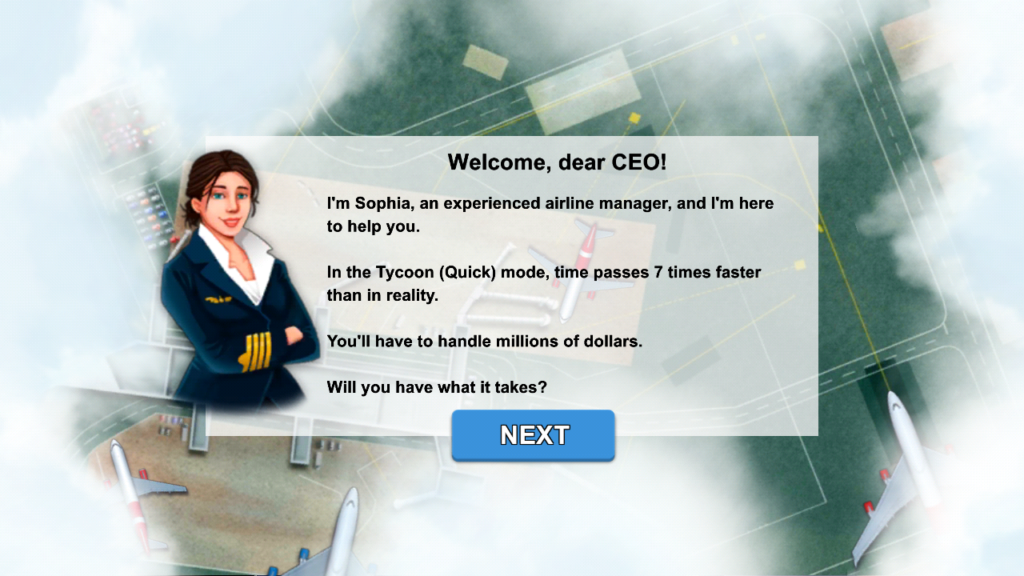 New look for the Wheel of TravelCards

The Wheel of TravelCards has been given a makeover for you. Go make it spin now! 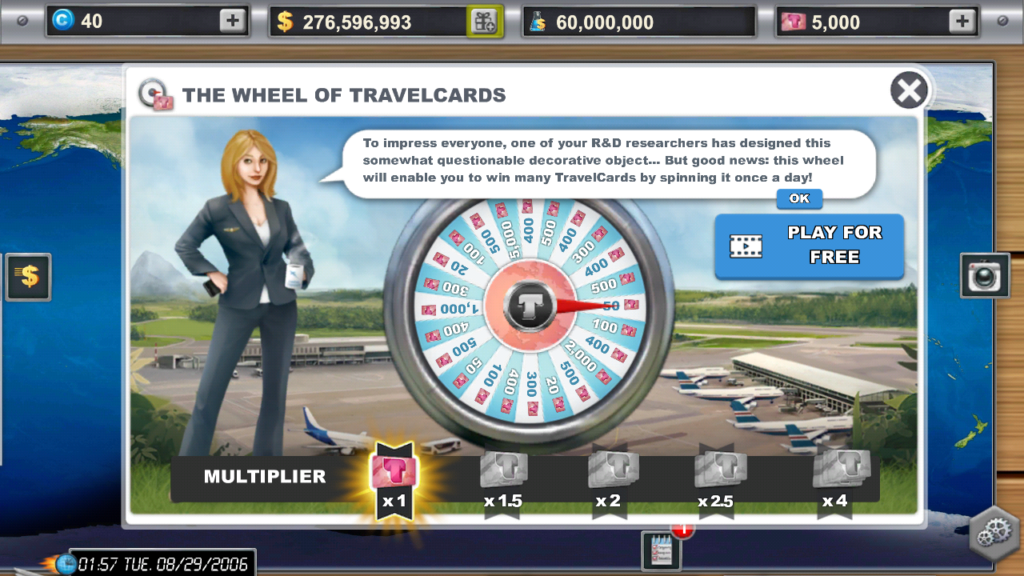 Have a nice game!