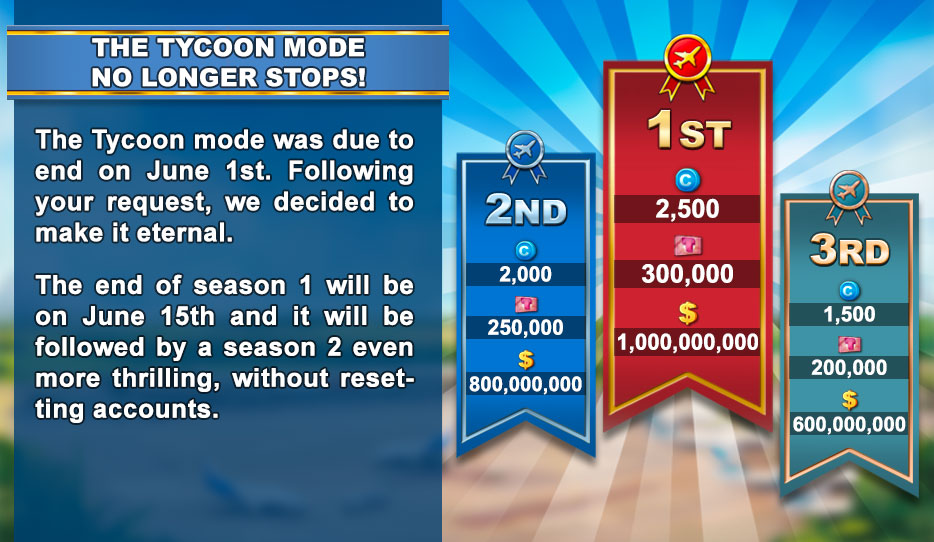 A) What is the new system?

B) How is it going to happen in concrete terms?

There won’t be account reset, but the end of a season followed by the start of a new season.

For the time being, you will find below the list of rewards for Tycoon 1st season.

Each player who participated to the season 1 of the Tycoon version will receive a badge.