The map has always been at the heart of Airlines Manager, but now it allows you to do more than just watch your air empire. In this article, you’ll see how you can use the Expansion map to expand your network interactively without opening any menus.

For English subtitles, click the Settings icon in the bottom-right corner of the video screen and in the Subtitles/CC list, select English.

How to open the Expansion map 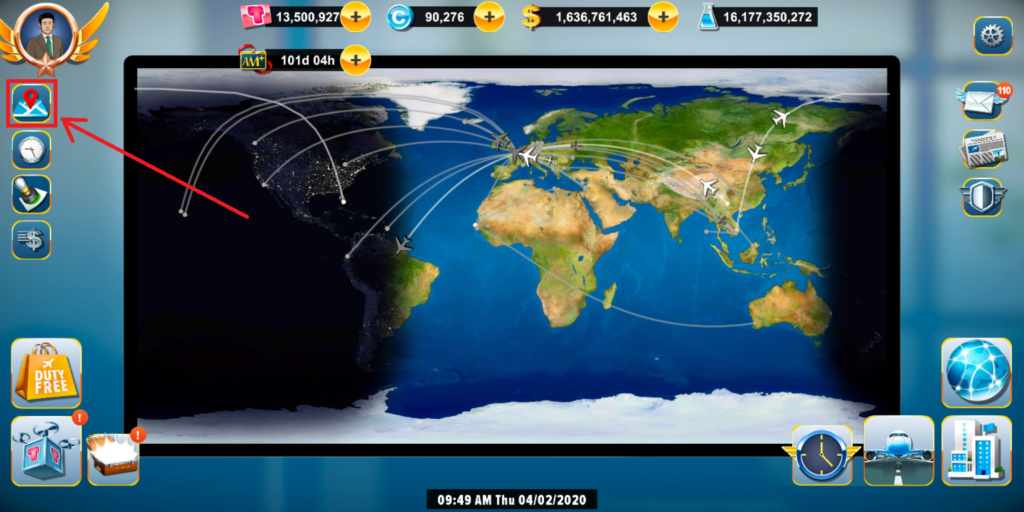 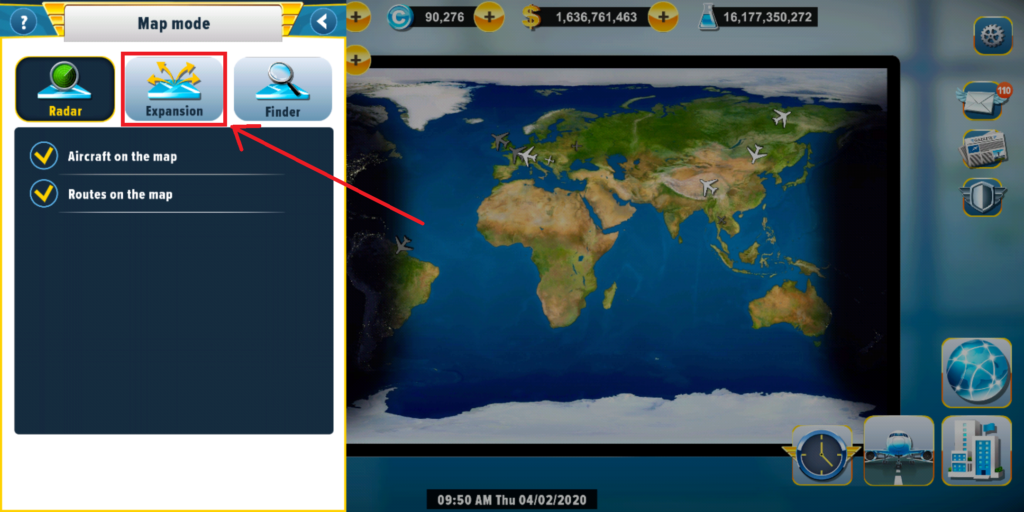 When you are on the Expansion Map, the main buttons to access the game menus usually located at the bottom left and bottom right of the screen disappear to give you maximum visibility on the map and give way to a navigation bar.

To exit the Expansion card, press the map button again, then press the Radar button.

On the Expansion map, all the airports in the game become visible. Depending on your zoom level, airports can either be indicated directly by a bubble with their IATA code or grouped together in a bubble indicating the number of airports present in the geographical area concerned.

By default, the Show owned hubs option is enabled, allowing you to locate your owned hubs regardless of your zoom level.

Airports are represented by different icons:

How to browse the Expansion map

To get information about an airport, you must first select the airport. There are several ways to do this: 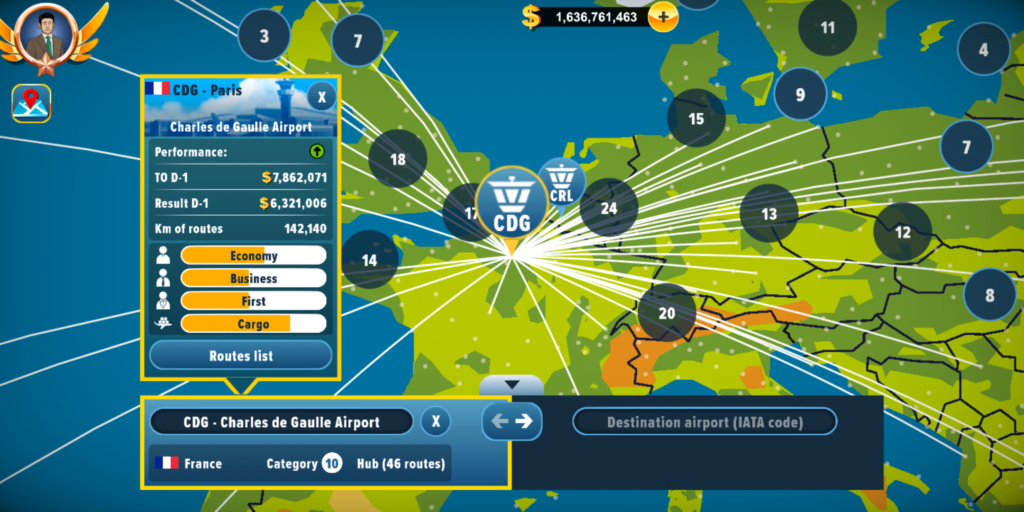 To browse the Expansion map, you can drag your finger or pinch and spread your fingers to zoom in and out on the map, just like with the Radar map.

To deselect an airport, tap it again or press the X button on the left side of the navigation bar.

To close only the presentation box, press the X button in the upper right corner of the box.

In addition, you can reduce or enlarge all information elements by tapping the arrow above the navigation bar. 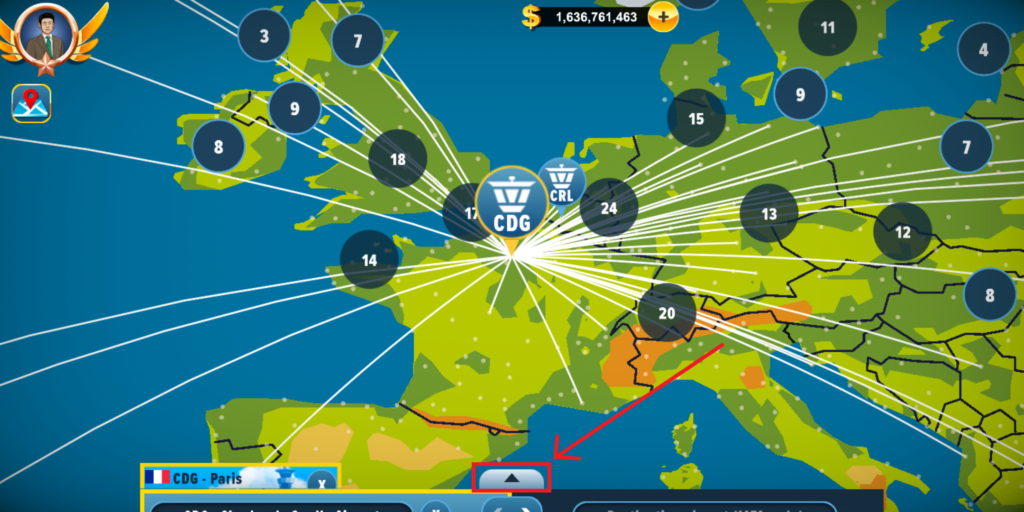 How to manage your network

Now that you know how to navigate the Expansion map, let’s see what you can do.

Via the presentation box you can :

If the route is already part of your network, you can view information about it by tapping the Route details button. 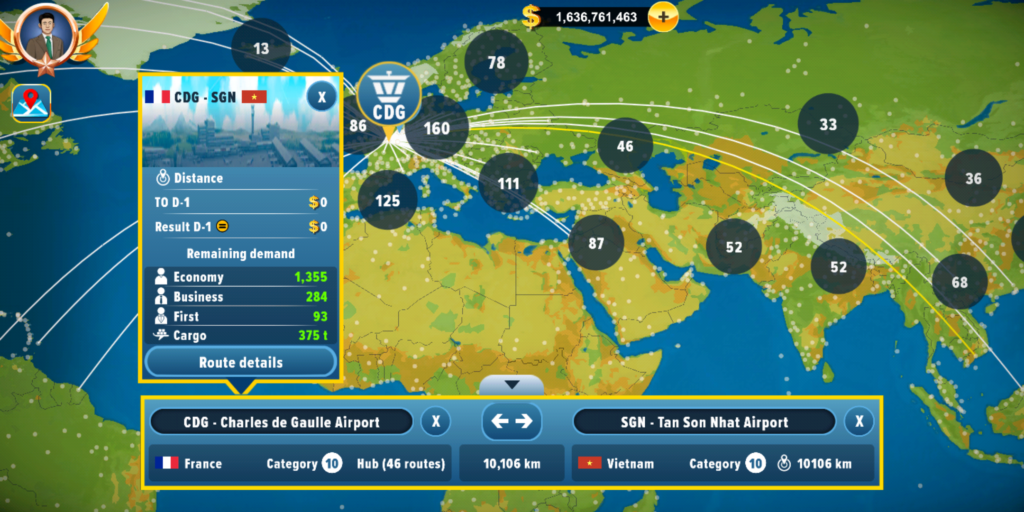 If you don’t have the route yet, you can: 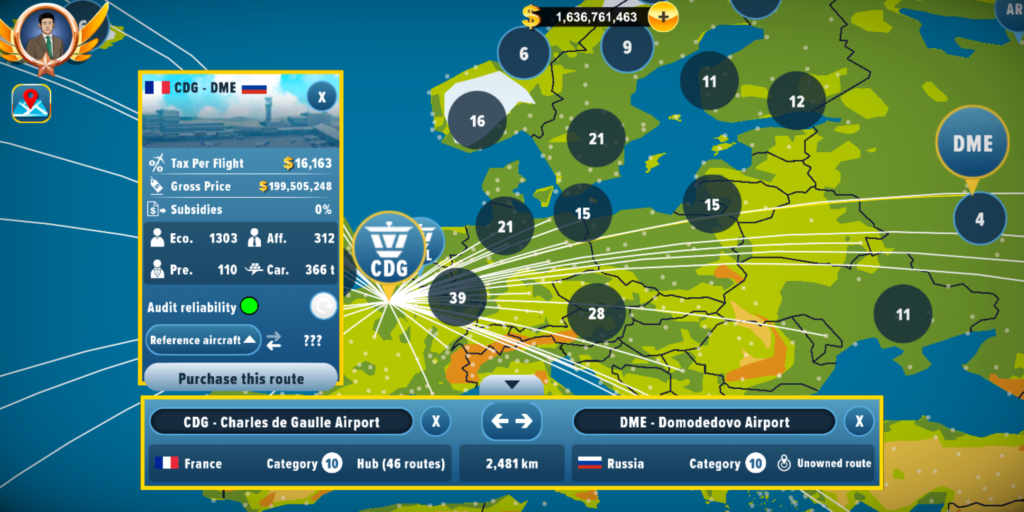 If one of the selected airports is an affiliate, you can view its details but you cannot perform any action on it. To learn more about affiliates, click here.

According to the game’s rules, purchasing a hub or a route is impossible if:

In all the cases listed above, a message will be displayed in the presentation box and will suggest you to perform a authorized action such as consulting the information of the selected airports. 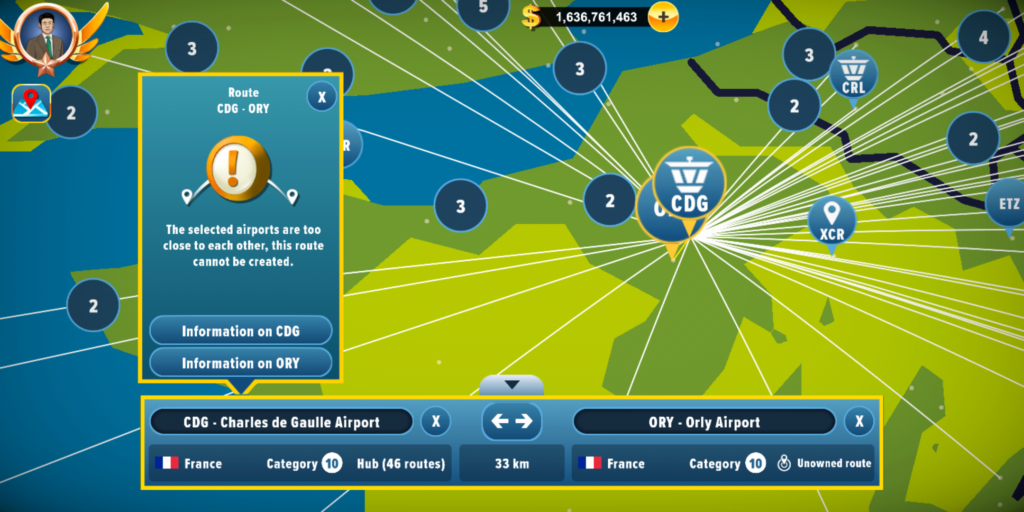